It's hot up in here 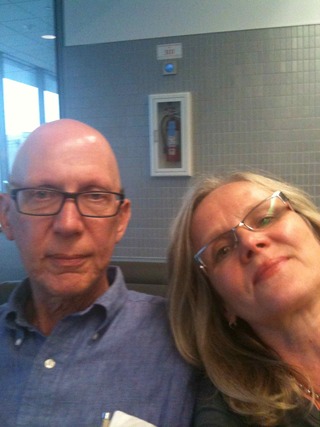 At the airport in Philadelphia... where stereotyping took a beating. As we were sitting there, 3 "old girls" clearly from England, plopped down to wait for the flight to Manchester. They were wearing saggy polyester, socks in sandals, and carried plastic shopping bags. I expect they were in their late 60s to early 70s. So, what, were they on their American holiday to look at gardens? Go to Disney? Nossir. One promptly whipped out an IPad2, whilst her companion cranked up her IPhone 4. I shit you not. What a scream! Wish I could have got a secret picture...
We're back from a wonderful trip to the Lake District in England. I think it's a story best told in pictures, so look for them to the right of this post and also by clicking the "photo essay" tag above.
Be the first to comment

Tags: Wildacres, writing, workshop, hiking, England, Nick, Asolo, boots
I've been at Wildacres Retreat in Little Switzerland, NC, this week. It was the Spring Gathering when about 100 people from all over the country come to write, think, paint, make pots and jewelry and music. It's a wonderful place with miles of mountain trails. I wrote this essay on Monday, after Henry and I went on our first hike of the week along Deer Lick Gap Trail. I read it at the open reading Monday night, too.

(You'll also want to check out the picture to the right -- it's what Henry was up to while we were there.)

The Backs of Your Boots

This morning on the Deer Lick Gap Trail I said, “I know well what the back of your boots looks like. I’ve walked many, many miles behind you, seeing them ahead of me.” Hundreds of miles in fact.

You’ve got on a pair of Asolos today. They are the same brand and style as the ones you had on for that walk along Hadrian’s Wall path in England with Nick. You probably remember what the back of Nick’s boots look like. That’s our usual order on the trail. Nick first, Henry next, me brining up the rear. It’s a pattern we always seem to fall into naturally. Considering the trouble you had with the Hadrian’s Wall boots, it’s a puzzle how you would end up in another pair a few years later.

Your boots today have a beige color bit in the middle of the back, framed by black, with an orange slice across the top. The Hadrian’s Wall Trail version had a big vertical orange stripe of nubuck leather on them that formed the back of the heel. It was that orange piece that was rubbing the back of your right ankle one early morning, making each step along the road painful for you.

Try as I might, I can’t remember which day of the six-day trek the dreaded problem showed up. It wasn’t the first, or the last. It was one day during the vast-seeming middle -- where the initial excitement of the adventure had worn off, and the end was not yet in site. The middle of a days-long hike like Hadrian’s Wall tends to get all mushed together in your mind and it’s hard to place yourself along the landmarks of the trail in any kind of chronological order.

I do remember that you were frustrated and pissed off and wondering whether or not you could make it that day with this impediment. Nick and I really didn’t know what to do to help. Saying “Suck it up you pussy” or “just walk it off” weren’t going to help. I bet that’s what Nick was thinking. I went with sympathy, which was maybe a little helpful, but not much, and probably a little forced.

Nick and I just stood there looking at you for a while. Your stupid boot and your stupid ankle had us in a spot.

What do you do when you’re hiking point-to-point on a linear trail and someone has to drop out? It’s not like you can just say, “screw it” and get in the car and drive to the next planned stop for the night. And what do the others in the party do? Nick and I couldn’t just park your ass and go on… we couldn’t all just sit there… we couldn’t go back to the place we’d stayed the night before, because - what good would that do? We did not bring spare pairs of boots. We didn’t even have our main packs with us – we were using a service to send them on ahead to our evening’s destination each day – so who knows where on the road they were at that moment.

I remember fishing out some blister prevention band-aids or something from the daypack - a half-assed attempt at magically fixing your ankle and your boot. I honestly don’t remember there being a moment where a solution obviously presented itself. Ta da!

We simply limped on ahead. One foot in front of the other. One painful step at a time. After a while, it just got easier for you to put up with the pain and, anyway, what choice did you have? You went on, picking up the pace little by little, and pretty soon you stopped talking about it all together. (Yay!) Eventually, by late that morning, all three of us forgot about the problem. The morning’s drama having concluded, we got on about the rest of the day’s hike, enjoying the landscape, the stones, the fields, the sheep poo, and the welcome breaks for good food, welcome company, and a place to put up our dogs that night.

You probably remember it differently.

The two things I remembered this morning, when I was walking behind you along Deer Lick Gap Trail, were the orange strip of leather up the back of your boots, and the way you just went on that day on the Hadrian’s Wall Trail. Read More
7 Comments

Life is sorta like a pair of boots - sometimes they fit really well and other times a blister forms. And what a pain a tiny blister can become. Thanks for sharing. Your work is really very diverse. I always enjoy your blog.

I remember a lot of determination, courage & sheer cussedness that drove us on despite all discouragement . . .

Cussedness is such a good word, Nick!

I really like your vivid but subtle descriptions that make the physical world seem alive and "right there." Really nice job. By the way, the next time you go to some foreign shore, if you think you'll do a lot of writing while you're there, feel free to offer me a position as editor for the trip (all expenses paid, natch). Again, really nice, umm, stuff, wrote the writer.

John, I still have my Creative Loafing column from my first overseas trip on the wall inmy office, along with the press credentials you gave me. God, you'd think SOMEONE would send us somewhere cool for free, wouldn't you!

sounds so wonderful. it remonds me of a group of people i joined out in arroyo hondo, new mexico one week in '86 or '87 where artists, photogs, writers, etc. used the inspiration of the landscape and historical places to create. i need to put that hat on again; it's been awhile.

No Internet or cell phone coverage at the cabin, Christie. It won't be like your no-talking retreat, because I do want to eat the free food, but other than that, very quiet. 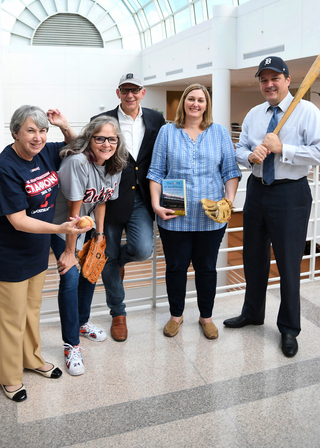